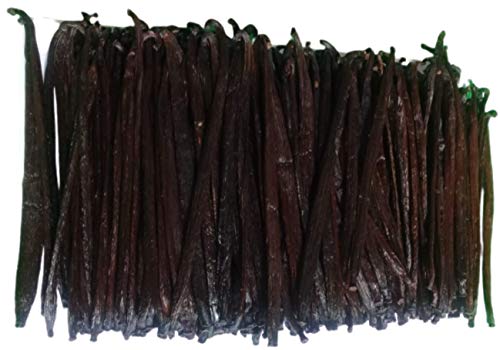 Not many sweets (or candles, perfumes, or air fresheners, for that matter) don’t have natural vanilla flavoring or an imitation of vanilla flavoring. Try it in chocolate chip cookies and let us know how it goes. True vanilla gives creamy foods depth; it adds aroma to simple cakes and frostings and enhances the flavor of chocolate. Vanilla is only grown in a few places globally, despite its pervasive presence. The process involved in curing vanilla is labor-intensive and this underpins the high retail price of genuine vanilla; as such people resort to the use of artificial vanilla flavoring. It is believed that the vast majority of the vanilla flavor used today is derived from artificial sources. However, we are here to provide you with the best quality Tahitian Vanilla Beans.

The best solution for delectable dishes

Tahitian vanilla, the most delectable vanilla in the world, is used in a variety of dishes. The biggest and fattest vanilla beans are Tahitian beans, which are good all-purpose beans and have a consistent vanilla flavor. Because of its intricacy and versatility, seasoned cooks like this spice. Tahitian vanilla, unlike its cousins, has a distinctive flavor that is often described as fruity. Tahitian vanilla is best used in dishes that do not require a strong spicy presence. Frequently, the essential oil extracted from Tahitian vanilla is used in soaps and fragrances.

Tahitian vanilla beans are oily rich and very dense with seeds. They provide a consistent vanilla flavor while working well in many different applications. They have unique flavors of fig, licorice, and chocolate when they are young. We love using them to make home-made vanilla extracts and they taste great in jams, sauces, preserves, and mixed cocktails. Tahitian vanilla is sometimes described as “flowery,” “hot,” or “anise-like.” Tahitian Vanilla Beans go well with tropical fruits.

To maintain the high oil moisture content of Vanilla Tahitiensis requires a somewhat different curing process than its counterpart, vanilla planifolia. Madagascar Vanilla (Vanilla planifolia) is collected only on maturation and is not necessarily ripe, however, Tahitian vanilla is harvested when the pods are turning from green to yellow; at this point, they are considered ripe and ready for curing. The pods are stored dry after collection until they become uniform brown. The harvested beans are carefully washed in cold water once they have become equally golden brown throughout. The pods are boiled to start the series of humidity and temperature regulation process encompassing the vanilla beans curing system. Eventually, they are dried in the sweltering afternoon sun.  The harvested beans are exposed to the sun each day so that the heat is distributed evenly. The temperature of the individual pods is carefully monitored such that when the beans are warm to the touch they are covered and prevented from further warmth.

At the end of the curing process, they are wrapped in wool blankets and kept in thermal boxes for several days to equilibrate the moisture content. It is definitely worth the effort to use this time-tested method since it contributes to the development of the particular flavor and aroma of the pods.

The root reason for the distinctive flavor of Tahitian Vanilla

Comparatively speaking Tahitian vanilla has a distinctive flavor although it has a lower vanillin content than Mexican and Madagascar vanilla. Nevertheless, its flavor is quite unique and different. Due to large concentrations of vanillin, the chemical that gives vanilla its distinctive flavor, both Mexican and Malagasy vanilla are equally sweet, have a buttery texture, and smell like perfume. Tahitian vanilla’s distinctive flavor and aroma are a result of the relatively high coumarin component in its aromatic profile. Additionally, Tahitian vanilla beans also have a huge number of other essential fragrant components that contribute to their overall aromatic quality.

Although vanilla is native to Mexico, vanilla tahitiensis is grown in a handful of countries with tropical environments among which are Papua New Guinea, Tahiti, and Indonesia. Only the vanilla orchid is used for reasons other than decoration. Vanilla Tahitiensis provide a consistent vanilla flavor and perform well in a range of uses. When they’re young, they have distinct flavors of fig, licorice, and chocolate. These work well for creating your own extracts and complement jams, sauces, preserves, and mixed drinks. Fruits from the tropics go nicely with Tahitian vanilla beans.

The most precious vanilla variety

Genuine Tahitian vanilla beans have a flavor that can only be compared to a great culinary delight. These strange beans have an intriguing, seductive, and delicate flavor. Its lavish, exotic and sensual aroma goes well with both sweet and savory dishes. Often described as the Queen of Vanilla, it’s the choice vanilla for most professional chefs. While it is not the most used vanilla species, it has a passionate user base. Its distinct flavor has undertones of cherry, chocolate, and spice.

Rich, creamy desserts prepared with produce and fruits like bananas, coconuts, cassava, and tapioca are a staple of traditional Tahitian cuisine. Additionally, it’s a terrific complement to a classic vanilla ice cream base!

Don’t throw away the vanilla pod skin after removing the caviar, utilise that fragrant casing for vanilla sugar. When creating vanilla sugar at home, put the scraped vanilla bean in a jar or other container with sugar and let it sit for a week while sealed. The sugar will taste and smell like vanilla and may be used in baking, coffee, and tea as well as on French toast and crepes.

A scraped vanilla bean might taste its best when combined with liquids. Use the bean in recipes with liquid as the foundation, such as dulce de leche, jam, vanilla ice cream, fruit stew, panna cotta, or vanilla bean ice cream.

While the simple syrup is cooking, only add a scraped Tahitian vanilla bean to quickly infuse it. Try a “dark n’ stormy” using rum as the matching base to add extra, fragrant flavors to your homemade drinks. Alternatively, you may add a scraped vanilla bean to a bottle of pure maple syrup and let it sit for approximately a week for a better pancake experience.

Get those vanilla beans while you can!

Looking for the best vanilla bean pods? Check out our online inventory right now! Fitnclean Vanilla offers a wide selection of gourmet and quality Tahitian Vanilla Beans. We source directly from cooperative farmers who were chosen for their high-quality products and traditional manufacturing processes.

Fitnclean Vanilla’s mission is to bring to market fragrant vanilla that may be used in extracting, baking, cooking, and other culinary applications. We are committed to sourcing the strongest fragrant vanilla beans in the world for extract and all your culinary needs. We offer varieties from Madagascar, Papua New Guinea, and Indonesia.