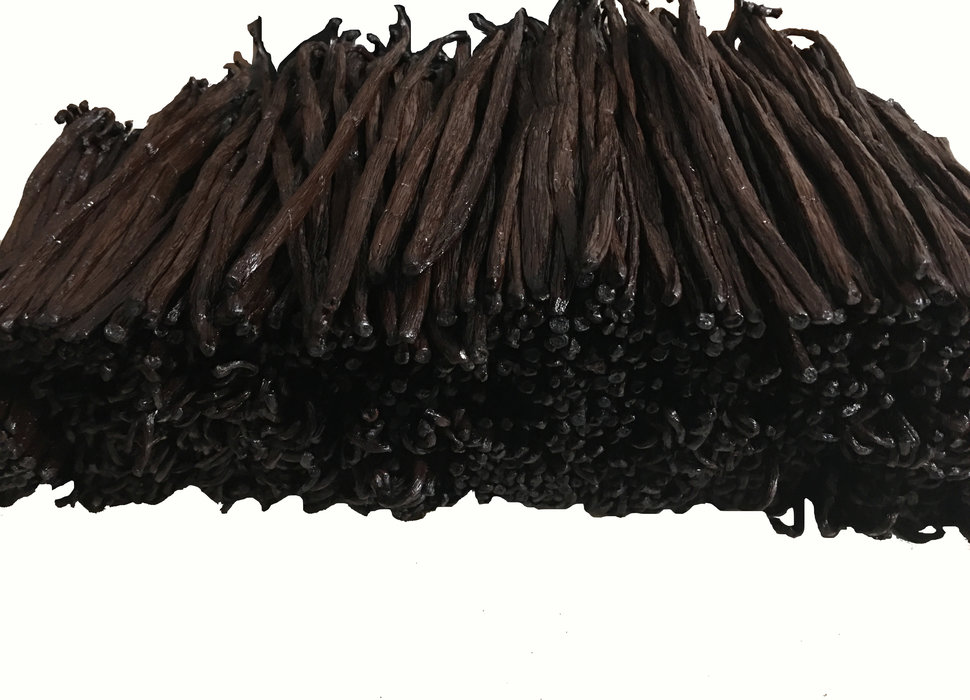 Which Vanilla Bean is the Best- Madagascar or Tahitian?

The professional bakers know how important it is to stick to quality and pure essence. They often emphasize on using “good vanilla” when it comes to baking some tasty treats. Madagascar vanilla beans often come to the top of their priority list. They are also one of the most-searched-for products. Are you curious about the different types of vanilla beans?

When you are searching for the finest range of vanilla beans, you will come up with a lot of options – Madagascar Bourbon, Tahitian, Mexican, Grade A, and Grade B. It is enough to make you discard to that little bottle that says, “Vanilla essence”.

Let’s draw out a comparison between the most common types of vanilla beans: Madagascar Bourbon and Tahitian.

Vanilla Planifolia originated from Mexico. The French were the first to begin cultivating it in Madagascar. Today, it is cultivated in several countries, such as Uganda, Indonesia and Hawaii. Precisely, more than 80% of the world’s vanilla supply comes from Madagascar. Like wine and coffee, the flavor of Vanilla is also influenced by the place it is grown. Thus, Madagascar Vanilla tastes unique and different from the varieties that are grown in other parts of the world. However, what really matters is the taste of the Vanilla beans and how you are going to use it!

Madagascar Vanilla is considered the “classic” and “standard” vanilla aroma. The beans or pods grow quite long and are full of seeds. In just about any recipe, you go can never go wrong with Madagascar Bourbon Vanilla.

Similarly, Tahitian Vanilla Beans are known for their majestic mild aroma. With a rustic, floral aroma, Tahitian Vanilla goes particularly well with tropical fruits, spring berries, and pear. The beans or pods of this variety are shorter and broader than the Madagascar Vanilla beans. The flavor compounds in Tahitian Vanilla are short-lived as they are more susceptible to heat than Madagascar Bourbon Vanilla. So, make sure you use Tahitian Vanilla for short bakes or no-bake recipes.

If you really want the purest form of essence with the best of both worlds in terms of flavor and aroma, try using both Madagascar and Tahitian Vanilla. You will have rich, complex, vanilla flavor with a nice aroma that will entice you before the first bite. Let your creativity go wild and utilize the amazing aroma of Madagascar vanilla beans to create some sweet or savory dishes.   Vanilla beans are surprisingly versatile. If stored properly, they’ll last for years, so it’s a worthwhile culinary asset. Make sure you keep them cool and dry in an airtight container.

Do you know how to use the pure Vanilla beans in your cooking? Well, you can take the bean and split it down lengthwise, revealing the black vanilla bean seeds. Scrape out the beauties and add them to your recipes, for the most authentic and pure vanilla flavor. But, also one of the most expensive flavor! Even after the caviar is removed, the remaining bean pod can be used for vanilla flavor extraction by using an alcohol or non-alcoholic solution.

To get the purest form of Vanilla Beans, you can reach us at FITNCLEAN VANILLA. Browse our high-quality products. If you have any questions or need some assistance, we’re just an email or phone call away!