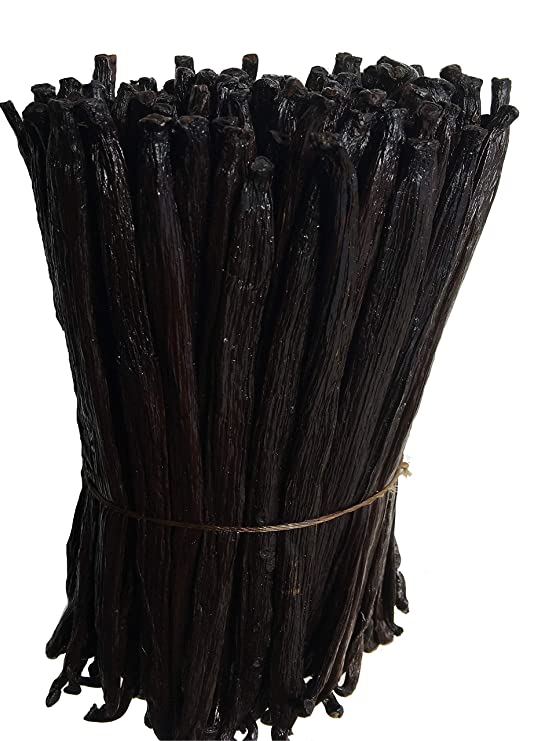 You could recall the flavor of vanilla from your childhood if you think about it. Ice cream cones, the sweet taste of a warm birthday cake, or a variety of vanilla-flavored baked goods on a hot day. Unfortunately, most people aren’t exposed to actual vanilla in the packaged items we’re used to, and even fewer are exposed to authentic Tahitian vanilla, which is mostly grown in the Pacific Island such as Tahiti and Papua New Guinea.

Tahitian vanilla Beans is a whole other experience. It has a great level of complexity and is used in both sweet and savoury dishes. Our Vanilla extract from Tahiti is rich, aromatic, exotic, and even sensuous. The taste profile has elements of honey, cherry, and spice.

What sets Tahitian vanilla beans apart from others?

Tahitian vanilla, the world’s most exquisite vanilla, offers a wide range of culinary applications. Tahitian beans, which are the biggest and fattest vanilla bean species, provide a consistent vanilla taste and make great all-purpose beans. This spice’s versatility and complexity are what make it so popular among expert cooks. The flavor of Tahitian vanilla is distinct from that of its cousins –Vanilla planifolia and Vanilla mexicana. Tahiti vanilla beans work best in dishes that don’t require much heat to make. In fragrances and soaps, the essential oil derived from Tahitian vanilla beans is often utilized.

Our Tahitian vanilla beans are the biggest and fattest available. They offer a consistent vanilla flavor and work well in a variety of applications. They have unique fig, licorice, and chocolate tastes. These are great in jams, sauces, preserves, and cocktails, and we love making homemade extracts with them. Flowery, spicy, or anise-like are common descriptions. Tahiti vanilla beans pair well with tropical fruits.

Tahitian Vanilla is preserved differently from other vanilla pods. Due to the severe rainy season in Madagascar and other regions, most vanilla beans reach the end of their ripening cycle before being harvested, however, this is not the case with Tahitian vanilla. When the pods turn from green to yellow, they are mature and ready to be harvested. Only the ripe vanilla pods are picked from the plants. The gathered pods are then kept dry until they begin to turn brown. The beans are carefully washed under cold water and dried in the hot afternoon sun. They are wrapped in wool blankets and placed in thermal boxes to develop the flavor.

The harvested beans are put in the sun every day in such a manner that the heat is uniformly distributed among them. The beans are wrapped up again to absorb moisture after several hours when they are warm to the touch. This tried-and-true method aids in the development of the pods’ distinct flavor and aroma and is well worth the effort. Once the vanilla beans have lost 20-30% of their moisture, the processor begins sorting and grading them to decide which ones are appropriate for drying in the shade or conditioning in the box. Those that aren’t quite ready are kept in the sun and monitored over the next few days. Then, the expert completes the final stage of the grading procedure. After further inspection the pods are ready for consumption — this is how these treasures end up in your kitchen cabinet. Interestingly, the government of French Polynesia is establishing regulations for the ultimate moisture content of Tahitian vanilla beans. This will aid to set Tahitian Vanilla apart from all other vanilla kinds worldwide.

What makes Tahitian vanilla so unique?

The flavor of our Tahitian vanilla is distinct from that of other vanilla. Tahiti vanilla has a lesser vanillin percentage than Mexican and Madagascar vanilla, yet it still has a powerful, distinct flavor and aroma. Due to the presence of high vanillin concentration, a chemical molecule that gives vanilla its particular flavor, both Mexican and Malagasy vanilla are similarly sweet and have a buttery texture and aroma. However, Tahitian vanilla includes hundreds of other significant aromatic components that contribute to its overall flavor.  Strawberry, black currants, apricots, and cherries all contain some of these chemical compounds in Tahitian vanilla, which explains their comparable flavor and aromatic characteristics.

Vanilla is native to Mexico, yet it has been grown in Tahiti’s tropical environment and volcanic soil for over 170 years. Vanilla is the only orchid species utilized for reasons other than ornamentation. A cross between Vanilla planifolia and Vanilla odorata, Vanilla tahitensis is a hybrid.

True Tahitian Vanilla Beans have a flavor that can only be described as pure bliss for your taste buds. These unique beans have a gentle, delicate, seductive, and flowery flavor. No other vanilla bean compares to its opulent, fragrant, exotic, and sensuous tastes, which complement both sweet and savory recipes. It has a distinct flavor with cherry, chocolate, and spicy undertones, making it the world’s most treasured vanilla type.

Baking sweet delicacies, grilling and braising meats, roasting with fresh stone fruits, and many more culinary applications are all possible with pure Tahitian vanilla essence. This spice’s versatility and complexity are what make it so popular among expert cooks.

Making your own sweet syrup is one of the simplest ways to enjoy Tahitian vanilla. Combine it with sugar and a bottle of rum, then soak it for a few weeks. This syrup may be used in creams, pastries, baking, and slow cookers. If you like the sweet, delicate scent of Tahitian vanilla, try combining it with coconut oil to make a luxuriously scented DIY body oil.

Making your own Tahitian vanilla extract

By soaking a few vanilla bean pods in a 35 percent alcohol solution, you may make your own DIY Vanilla Extract. Shake the solution well and keep it out of direct sunlight. After roughly eight weeks, you’ll have your own Tahitian Vanilla extract that you can use in baking and cooking!

Vanilla caviar is created by cutting the vanilla pods lengthwise and scraping the seeds (inner black portion) with the back of a knife. Add vanilla caviar to cake batter, cookie dough, toppings, sauces, and other baked goods. To soak up the rich flavors, add it to a bottle of liquor or a glass of brown sugar.

You may also make rich, creamy sweets with tapioca and fruits like banana, coconut, and cassava in traditional Tahitian cuisine from the Tahitian Islands. It’s also a great flavor to add to traditional ice cream! When used in fish and seafood recipes, it has a fantastic flavor.

Why FITNCLEAN VANILLA is the favorite Brand?

Tahitian Vanilla Beans of the best quality may be found all over the world. The goal of FITNCLEAN VANILLA is to provide to our customers fragrant vanilla that may be used in baking, cooking, brewing, and extracting. We are dedicated to sourcing the most effective Vanilla beans for extract from all around the world. Tahitian Vanilla Beans from FITNCLEAN VANILLA provide the most authentic old vanilla flavor. We offer varieties from Tahiti, Papua New Guinea, and Indonesia.