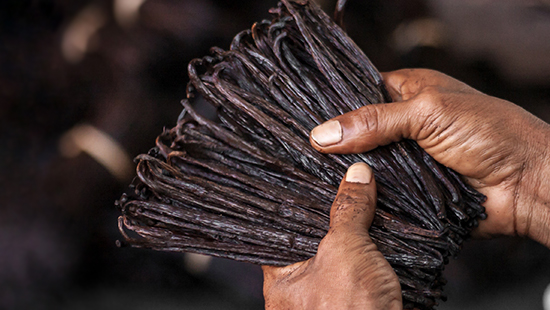 Get the Aroma of Pure Vanilla Extract with Madagascar Vanilla Beans

Vanillin is the flavor substance in vanilla beans which accords it the pleasant inviting aroma. It is also synthesized from wood pulp to make fake vanilla flavor. Because it lacks the other organic elements, artificial vanilla’s taste pales in contrast to pure vanilla extract’s captivating aroma. It You don’t need to be professional to be able to tell the difference between fake vanilla and that genuine, high-quality vanilla beans. Although pure vanilla extract maintains the delicate subtleties of vanilla, the taste of a whole vanilla bean is more powerful and intriguing.

Why are Madagascar Vanilla Beans the Gold Standard?

Madagascar Vanilla Beans is the fruit or seed pod of the orchid Vanilla planifolia harvested and cured in Madagascar. The vanilla orchid is native to Mexico, and there are over 100 varieties in the vanilla genus, although only a handful are commercially available. The most common variety is the Vanilla planifolia of which the Madagascar variety belongs. Vanilla, at least the sort we eat, isn’t native to Madagascar; it was brought in from a continent 10,000 kilometers away. Madagascar vanilla beans are the gold standard for high-quality vanilla beans in the spice world. The bulk of the world’s greatest vanilla beans is groxtrwn in Madagascar’s humid northeast area, the Sava Region. The thick, loamy soil is great for these delicate plants, and there is plenty of rainfall. While the growing circumstances for vanilla in Madagascar’s Sava region are almost perfect, it is Madagascar’s people who make this particular spice so remarkable.

What Is Bourbon Vanilla and What Does It Mean?

Our Madagascar Vanilla Beans have consistently been acknowledged as the greatest vanilla beans because of the general homogeneity and the quality of flavor produced. Although the term Bourbon vanilla comes from a neighboring island, it is now most closely associated with the vanilla species Vanilla Planifolia, which grows in Comoros, Madagascar, Tanzania, Uganda, and other areas. Vanilla crop production is at an all-time high and currently, about 80% of the world’s vanilla bean supply is grown and produced in Madagascar. The stockholders of this vanilla monopoly include co-ops, individual preparers, and preparer families, as well as large vanilla houses and small vanilla operations.

Madagascar Vanilla Beans: What Makes Them So Unique?

Madagascar Vanilla Bean pods set the standard for this industry. And our Madagascar Vanilla Beans are the gold standard for high-quality vanilla beans in the spice business. It takes a lot of time and effort to grow and cure high-quality vanilla beans. Each vanilla orchid blossom must be carefully pollinated. It takes around three years for a fresh vanilla orchid vine to bear fruit. When they finally develop, vanilla orchids bloom for less than 24 hours. Farmers must maintain a close check on their vines throughout the blooming season and work quickly and carefully when a flower bud opens, which occurs late in the morning. After pollination and harvesting of the matured green pods, then the art of curing the beans is set in motion.  It’s the unique traditional curing process mastered by the Malagasy people that make Madagascar vanilla beans so special

Madagascar Vanilla Beans: How to Use Them

Slice the bean lengthwise with a paring knife to use our Madagascar vanilla beans. Scrape off the black interior seeds with the knife’s spine; this is what is known as vanilla caviar. The vanilla caviar can then be used in cake batter, cookie dough, icing, sauces, syrups, and other recipes.

The scraped-out pod has a lot of taste and can be used to make a vanilla-alcohol extract by infusing in a bottle of spirits. It can also be used to make vanilla sugar by incubating it in a jar of cane sugar for a week or so.

How Do Vanilla Beans From Madagascar Taste?

Vanilla’s primary taste is due to the presence of vanillin, an organic component that gives it its sweet, toasted, and creamy characteristics. One of the reasons for Madagascar vanilla beans’ rich taste is that they contain more vanillin than beans from other nations. While vanillin is the most noticeable flavor component in genuine vanilla beans, there are more than 250 others that add to the complex floral, and fruity taste of this spice.

Madagascar is not the only country that produces Vanilla Beans

Madagascar produces about 80 percent of the worlds’ natural vanilla and for most people, it’s the only vanilla flavor that they are acquainted with. The other 20% or so comes from several countries, noticeably Indonesia, Papua New Guinea, Uganda, China, and others. Most of these countries produce both Vanilla planifolia and Vanilla tahitiensis. Of note is that Tahiti vanilla, Ugandan Bourbon vanilla, and Papua New Guinea vanilla beans are among our personal favorites.

FITNCLEAN VANILLA’s mission is to create an online inventory of fragrant vanilla beans from the world over that may be utilized in baking, cooking, brewing, and extracting. For you, we’re committed to getting the most effective Vanilla beans for all your vanilla bean needs. For the most genuine old vanilla flavor, go no farther than FITNCLEAN VANILLA’s Madagascar Vanilla Beans. If you like the floral aroma of the vanilla tahitiensis species, we offer variants from Tahiti, Papua New Guinea, and Indonesia.