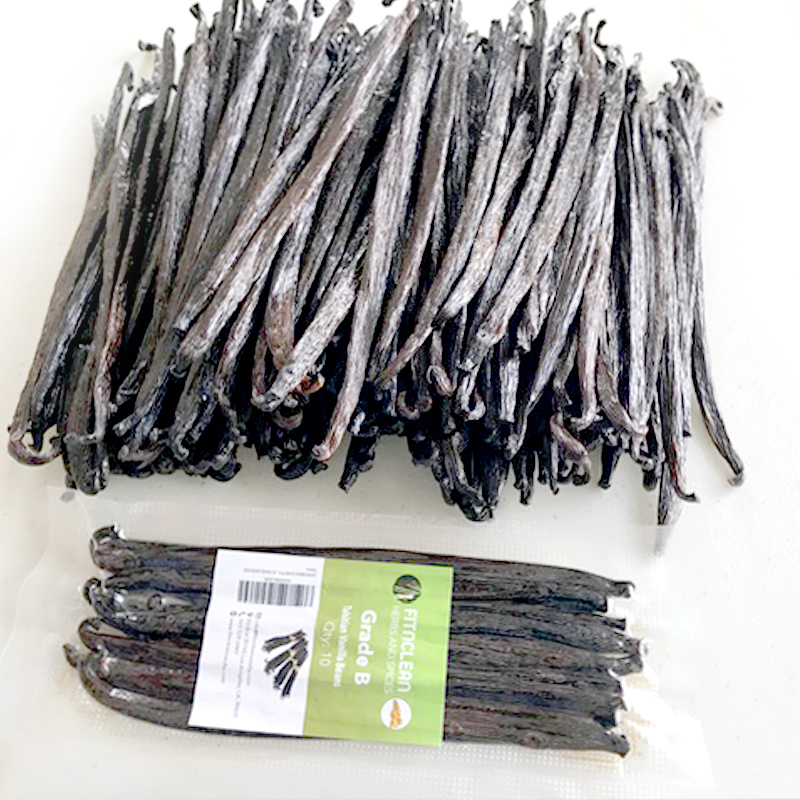 If you think about vanilla, you could remember the flavor from your childhood. On a hot day, ice cream cones, the sweet taste of a warm birthday cake, or a variety of other vanilla-flavored baked items. Unfortunately, most people aren’t exposed to true vanilla in the packaged goods with which we’re most familiar, and even fewer are exposed to authentic Tahitian vanilla.

Tahitian vanilla is a different level of aromatic sensation. It has a high level of complexity and it’s utilized for cooking both sweet and savory meals. Tahitian vanilla extract is opulent, fragrant, exotic, and even sensual. There are overtones of sweetness, cherry, and spice in the flavor profile.

What distinguishes Tahitian vanilla beans from others?

The world’s most delectable vanilla, Tahitian vanilla, has a wide range of culinary applications. Not only are they the largest and fattest vanilla beans, Tahitian beans, provide a consistent vanilla flavor and make excellent all-purpose beans. The variety and intricacy of this spice are what make it so popular among professional chefs. Tahitian vanilla has a flavor that is unique from those of its relatives. Tahiti vanilla beans are best used in meals that don’t require a lot of heat to prepare. The essential oil extracted from Tahitian vanilla beans is commonly used in perfumes and soaps.

Tahitian beans are the plumpest and most oily vanilla beans available. When they’re young they have distinct fig, licorice, and chocolate flavors. These are fantastic in jams, sauces, preserves, and cocktails, and we adore using them to make homemade extracts. It’s frequently described as flowery, spicy, or anise-like. Vanilla beans from Tahiti go very well with tropical fruits.

Vanilla beans are one of the world’s most unique, treasured, and widely used spices. When you consider how practically every home baker would collapse if their vanilla suddenly vanished, you could argue that it trumps out saffron as a competing spice.

Vanilla beans are the fruits of an orchid plant. The vanilla orchid bloom isn’t really attractive; it’s short and slender, with no inflorescence and a pale yellow hue that isn’t particularly appealing. However, vanilla orchids are coveted for the seed pods they produce, not for their appearance but the flavor. Vanillin, the aromatic chemical component responsible for vanilla flavor, is abundant in these seed pods.

The Curing of Vanilla Beans

Vanilla tahitiensis are perceived differently from their counterparts. The harvesting and curing processes are very intricate.  To begin, only ripe vanilla beans are individually hand-picked off the vine. The vanilla beans are ready when the pod changes color from green to yellow. The vanilla pods are then allowed to grow until they turn brown. The brown bean pods are gently rinsed in cold water before being wrapped in wool blankets and placed in insulated boxes to sweat for several days in the warm afternoon sun.

When the weather permits, the vanilla beans are spread out in the sun to warm uniformly. The Tahitian Vanilla Beans are left to sweat for several hours until they are hot to the touch, then covered again to allow flavor and aroma to develop. The vanilla beans are gently massaged on a regular basis once they have lost 20-30% of their moisture. The massaging method assists the preparer in determining which beans are ready for shade drying or indoor conditioning and which still need to be dried in the sun. The consistency of the vanilla beans is also improved by the massaging. This distinguishes our Tahitian vanilla beans from the rest of the world’s vanilla.

The flavor of Vanilla Tahitiensis

Tahitian vanilla bean pods are wider and plumper than planifolia counterpart, with higher moisture content. They have thinner skin, fewer seeds, and are less glossy than planifolia beans. Tahitian Vanilla Beans has a delicious, floral perfume reminiscent of Viognier or Riesling wine, with notes of licorice, cherry, prunes, and expressive of fresh fruit.

Tahiti is home to true Tahitian vanilla beans. However, Tahitian vanilla belongs to the species Vanilla tahitiensis which are cultivated in several countries notably Papua New Guinea and Indonesia. These beans will have a similar fruity and flowery flavor profile to the Tahitian beans.

True Tahitian vanilla beans have a flavor that only those who have tried them can describe as pure bliss. Vanilla is a soft, delicate, seductive, delectable, aromatic, and distinct aroma. No other vanilla bean comes close to its complex development of delicious, aromatic, exotic, and sensual flavors that go well with both sweet and savory dishes. Who’d have predicted that the fruit of the orchid would become the world’s second most valuable spice and most popular flavor?

If you haven’t tried vanilla tahitiensis, you don’t know what you’re missing out on. 100 percent pure Tahitian vanilla extract has a wide range of culinary applications, which is why it is a favorite among the world’s top pastry chefs. Placing Tahitian vanilla in a bag of sugar or a bottle of rum (ideally Tahitian rum!) and allowing it to impart its flavor over several weeks is one of the easiest ways to experience it. The sugar can be used in pastry creams or baked items directly. Tahitian vanilla can also be used with coconut oil to make a delicious cooking oil or fragrant body oil.

Submerge several vanilla bean pods in a 35 percent alcohol solution to obtain Tahitian vanilla extract. After eight weeks of shaking and storing the solution away from direct sunlight, you’ll have your own Tahitian vanilla extract to use in recipes. It is extremely recommended that any flavor connoisseur try it. Chocolates, berries, peaches, nectarines, coconut, ahi, and other summer fruits go nicely with Tahitian vanilla. It has an appealing flavor and can be used in a wide range of applications. Take a look at our vanilla beans.

The highest quality Vanilla tahitiensis Beans can be found all over the world. FITNCLEAN VANILLA’s purpose is to create an online inventory of highly fragrant vanilla species that may be utilized in baking, cooking, brewing, and extracting. For our cherished customers, we are committed to acquiring the most effective Vanilla beans from around the world, for all your vanilla beans needs. For the most authentic good old vanilla flavor, go no further than FITNCLEAN VANILLA’s Tahitian Vanilla Beans.