The Making of Cured Vanilla Bean

Vanilla is an orchid, a climbing vine grown in tropic climates. It is cultivated mostly on the islands along the Indian Ocean though it’s reported to originate from Mexico. It takes 3-5 years for the plant to fully grow and flower to enable pollination.

The process of self-pollinating the flower to produce the fruit seed pod and harvesting the crop is completely manual and very labor-intensive. After pollination, it takes about 6 weeks for the fruit to develop and another 7 months to mature. Harvesting involves a manual process of identifying the beans with the required length and color. Each region has a slightly different method of curing the vanilla pods. Nevertheless, the curing of the vanilla bean pod involves a step-wise process of Killing, Sweating, Drying and Conditioning. During the killing, the green vanilla pods are immersed in steaming hot water for a few minutes to trigger the enzymatic processes that form the characteristic aroma of vanilla. The pods are then quickly rolled-up in wool blankets to keep the beans warm and humid (Sweating) for a couple more days. This process maintains an optimal condition for the triggering enzymes to function. The vanilla bean pods are then slow dried to about 30% moisture content, where the pods are exposed to the sun during the early part of the day and moved to shade during the late hot afternoons. 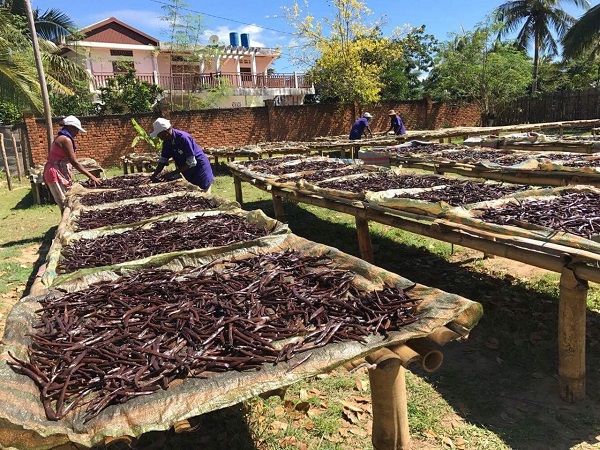 The beans are further conditioned by storing in wooden boxes for several months to increase the fragrance. Generally, vanillin, the main aromatic component of vanilla is less than 1% of the vine-ripened fruit pod’s weight, but the curing process could increase it to 2-3.5%.

Grading of The Cured Vanilla Bean

Vanilla bean pods are graded after they are cured, conditioned and ready for use. The grading is based on moisture content, length of the pod and lack of dehiscence/wholesomeness of appearance. High moisture content, long, oily and dark bean pods with no splits/dehisces are given the highest grade, A, the Gourmet grade. The Gourmet grade/Prime grade/Grade A, typically has about 30% moisture content, are 5.9″ (15cm) or longer and 1lb contains between 100-120 pods. The grade B beans have about 15-25% moisture content, are relatively shorter, about 3.9″-5.8″, may have some blemishes and 1lb contains about 140-160 bean pods. The cured fruit seed pod with the vanilla flavor houses thousands of tiny, black seeds. The pods and the seeds are both useful for culinary purposes. 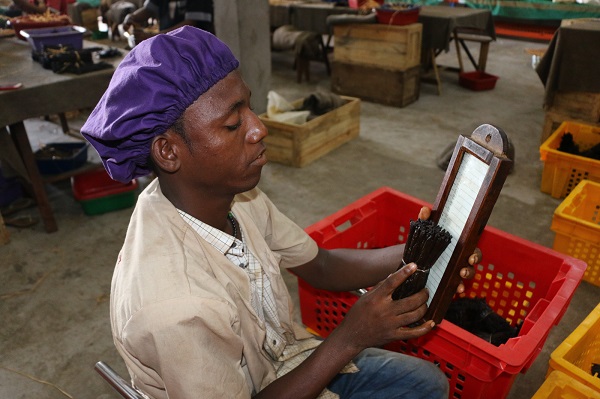 Madagascar Bourbon Vanilla (Vanilla planifolia) is by far the most popular of the 3 cultivated vanilla species – Vanilla planifolia, Vanilla tahitiensis and Vanilla pompona because of its characteristic strong delightful aroma. The higher vanillin content in addition to the long and intricate bourbon curing system employed by the Malagasies set the flavor of the Madagascar Vanilla Bean miles ahead of the competition. Indicative of the high vanillin content, they may develop the striking crystal-looking features on the surface as they age. The Madagascar Bourbon species is the classic and standard vanilla bean, to which all others are measured. Often, it’s referred to as the King of Vanilla. 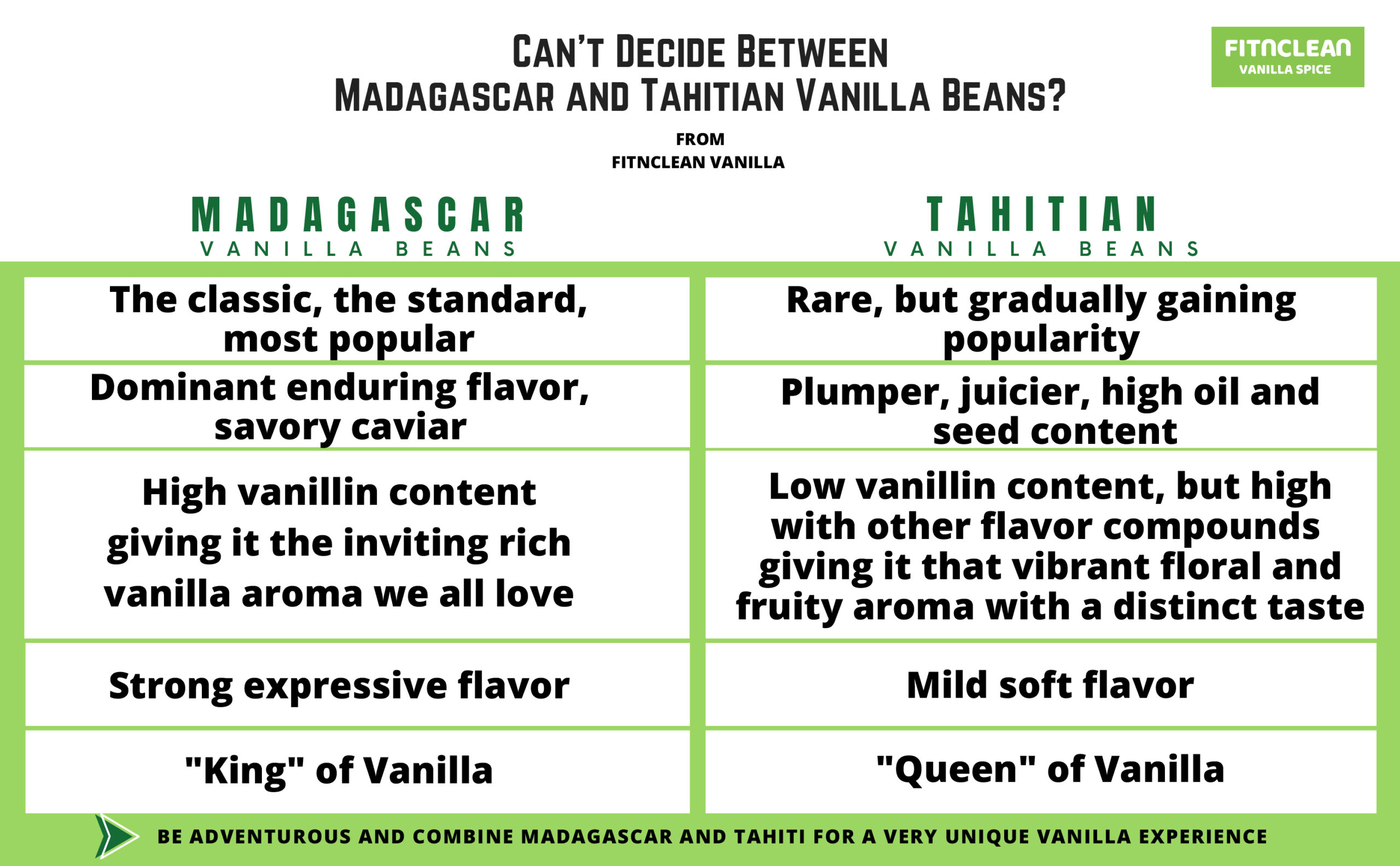 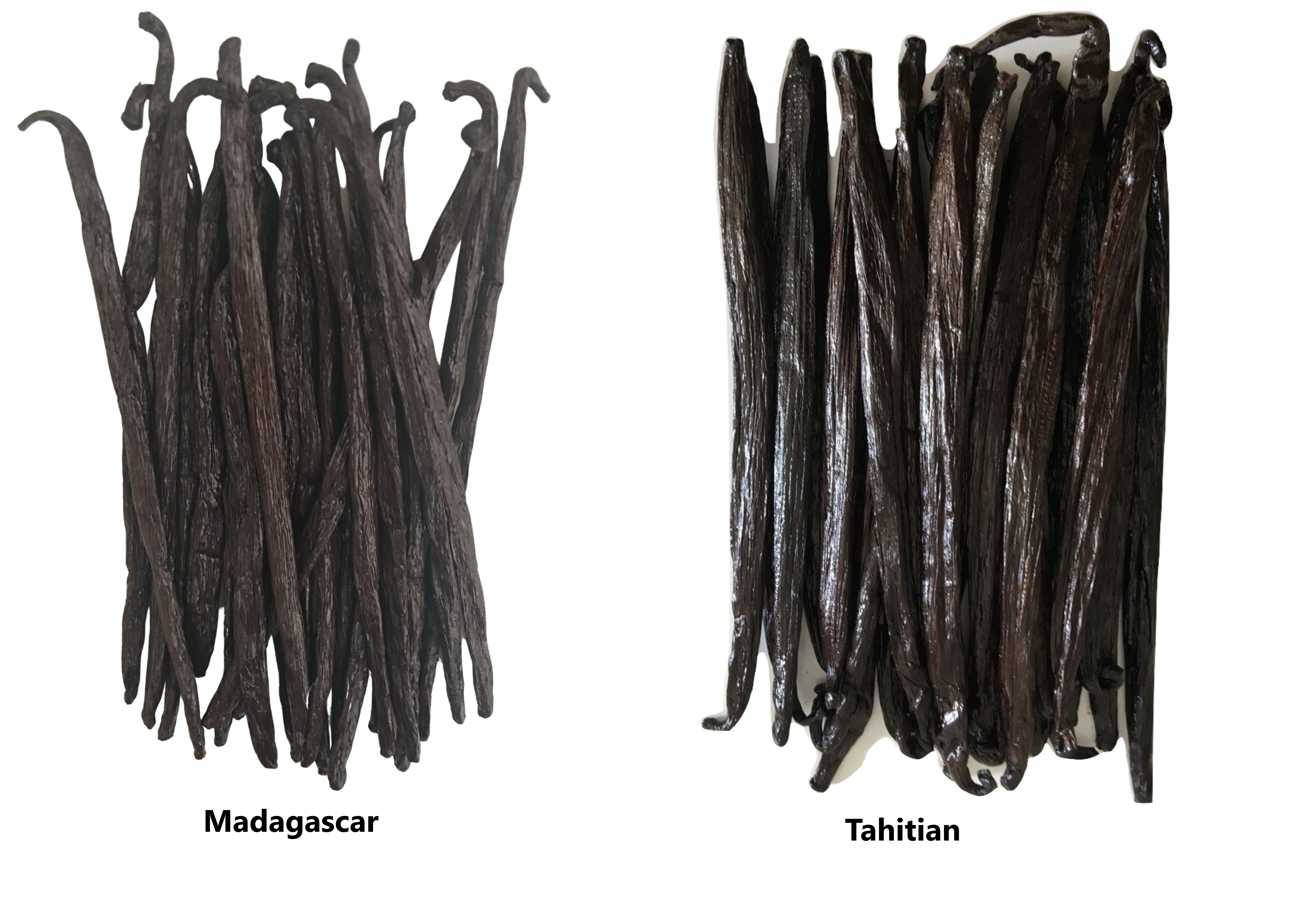